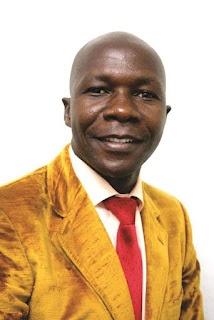 MASVINGO - Aspiring Masvingo Urban independent parliamentary candidate, Sam Chapfudza, has vowed to transform the livelihoods of the people should he be mandated to represent them in parliament come July 30 harmonised polls.
Chapfudza, who is a vendor by profession and pries his trade at Chitima market, said he decided to stand as an independent candidate because of the red tapes associated with political parties who often times squash popular candidates over unpopular ones because of money.
"We have experimented with political party representatives and we have not achieved any meaningful developments because these people are loyal to their parties and forget the people who got them into power.
"They end up reporting to their parties and not the people who elected them into office," said Chapfudza.
He said the victory of an independent candidate is the victory for Masvingo because an independent candidate is loyal to the people.
"As an independent candidate I am loyal to the people who are my bosses. I answer only to the people who voted me into office not any political party.
"I will push for policies that are pro-people and not pro-political parties," said Chapfudza.
Chapfudza said he will look into issues that affect vendors through advocating for the protection of vendors' rights, uplifting rebate, reduction of duty to accommodate the informal traders and also championing for the revival of industries in Masvingo to improve the living conditions of the public.
Masvingo urban has a total of nine candidates—Zanu PF's Taguma Benjaman Mazarire, MDC Alliance's Jacob Nyokanhete, United Democratic Alliance's (UDA) Lovemore Chevure, National Patriotic Front's (NPF) Michael Taderera, People's Rainbow Coalition's (PRC) Samual Nyakurita, MDC-T's Philip Nyeberah, People's Progressive Party (PPP) Makaronga Hellen, independent candidates Chapfudza and Paul Nyashanu.politics
Share !