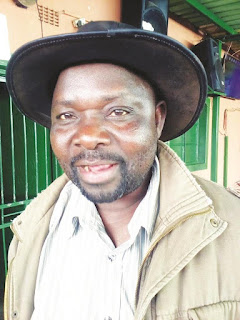 CHIVI - Zanu PF aspiring councillor for Ward 12, Tedfed Tizai says his motive for running for public office is to put his ward as well as the entire district on the right trajectory for improved living conditions.
A former police officer, Tizai says if he gets into council, he would push for policies that make life easier for people in the communities.
"I am geared for development and I dream of making Ward 12 a better place to live in. I have a lot of projects and plans and I am looking forward to bring a new style of leadership and representation to this ward. I am receiving positive responses from all villagers so I will repay them by being a listening representative with no political bias on issues that affect the people," said Tizai.
He said he would prioritise road upgrades, building of more dip tanks, building of new clinics and satellite clinics, and better access to clean water for domestic use.
"We also need well-equipped council-run schools as well as small dams to help women and the youth to start income-generating projects. We need to fight corruption in council and in the communities so that nobody is left behind when developmental plans are made and implemented," said Tizai.
The aspiring councillor promised to work for harmony after the elections, as a way of creating communities at peace with themselves, with improved prosperity being the result.
"There is critical need for a bridge across Tokwe River around Chemombe crossing area which links Chivi and Mushandike. People living there have trouble crossing the river to the other side during the rainy season," Tizai said.
Tizai is contesting against Jemetius Muchiro of the Peoples' Rainbow Coalition (PRC) and Gladys Chigova of the MDC Alliance.
The aspiring councillor is tipped to replace the incumbent of over a decade Annacolleta Chihava whom he thrashed in the primary elections.politics
Share !