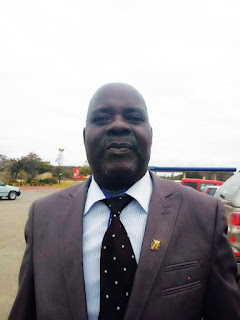 Former Zaka teacher and school head, Samson Chidzurira has been transferred from Mutoko where he was the District Schools Inspector (DSI) to be the new and substantive DSI for Zaka district starting at the beginning of this month (July).
Provincial Education Director (PED) Zedius Chitiga confirmed the development and said he was happy to have him back as he is not new to the province and the district.
"Yes, we have a new DSI in Zaka. The person is not new to the province and we are happy as we want to work with people in substantive positions," said Chitiga.
Chidzurira takes over from Beaula Shambambeva who has been holding the post on an acting basis since 2016 following the transfer of James Mahofa to Gutu district when the inspectorate was shuffled.
Chidzurira taught in Zaka, heading Zaka Primary and Musarava High schools before he got transferred to Chivi where he was the District Education Officer (DEO) in 2015 before being transferred to Mutoko.
Chidzurira was a long-time member of the Masvingo youth games, (MAYOGA) where he held the post of administrator.education
Share !