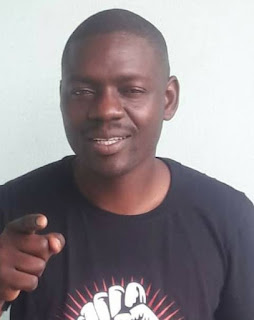 Clayton Shereni
Two aspiring Masvingo Urban councillors from two rival political parties yesterday agreed that there was need for young people to play a bigger role in leadership of the country.
At a public dialogue meeting organised by Tell Zimbabwe at Charles Austin Theatre on Monday, July 23, Zanu PF's Ward 10's Sengerai Manyanga and MDC Alliance's Collen Maboke of Ward 2 seemed to converge on the popular view that it is now time for the youth to lead.
In his presentation, the youthful Manyanga exuded confidence, saying he had already won the election because his main opponent, Margaret Chakabuda, posed no significant competition as she was old enough to be his grandmother, therefore, should be given time to rest.
"Considering the work I have done for the people of Ward 10 with that of my contender Mbuya Chakabuda – whom I know is around the same age with my grandmother – I think I am the best candidate; she should do farming. I know Mbuya Chakabuda will vote for me in this election," said Manyanga.
He went on to highlight his achievements in the ward; such work as installing unlimited free Wi-Fi at Zimuto Camp which he said will be available for the next six months.
He also promised to work for improved access to public transport services in such places as Clipsham, Morningside all places beyond Shakashe River to the east of the city.
"There is less public transport there than anywhere else and people there walk long distances. We need an affordable secondary school between Eastvale and Morningside and we also need a business centre in Morningside," said Manyanga.
On his part Maboke said he was happy that there were people in Zanu PF who understood the logic of leadership renewal through the mainstreaming of the youth into decision making.
"I am also a youth, and I am energetic. I have the capability and I am contesting against Sekuru Kubiku who uses a walking stick. I understand he is of the same age group with my father. It is good that Manyanga and I agree that young people should lead," said Maboke.
Many people regard Matthew Kubiku of Zanu PF as Maboke's main competitor in Ward 2.
The generational consensus mantra is being championed mainly by the MDC Alliance as a way of selling their presidential candidate, Nelson Chamisa (40) as a better leader than Zanu PF's Emmerson Mnangagwa (75).politics