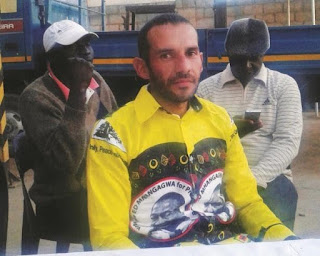 ZVISHAVANE - Zanu PF Ward 6 Councillor Jose Ferreira recently parted ways with US$400 which he put into the building of a netball pitch where games of a tournament he sponsored last week was held.
Zvishavane ZRP, Zvishavane Prison and Izaya Park netball teams took part in the games that were played on the new pitch in Izaya Park.
Each team walked away with a full netball kit which was donated by the councillor who is campaigning to retain his council seat in the July 30 elections.
ZRP won all their matches against Izaya Park and Prisons, making them the queens of the tournament, and walking away with a US$60 in cash prize.
Prisons got US$40 for finishing on second position, while Izaya Park got US20 for finishing up on third.
Speaking to hundreds of people at the close of the tournament, which was also used for the official handover of the pitch to the Izaya community, Ferreira said the tournament will continue even after the elections
"I am very confident that even after the elections, this tournament will continue. It is my small way of contributing to the development of sports talent in our communities," said Ferreira.
Rosemary Siziba, an Izaya Park player, said she was happy to have a good pitch on which to practice and spend her time.
"I am very happy that now we have a netball pitch right here at our door step. We now have a good place at which to practice and expend our energies," said Siziba.politics