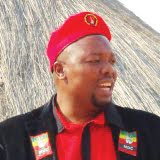 ZAKA - Three village heads in Zaka West wards 27 and 28 and 32 have contested and won elections on a Zanu PF ticket, a development that has been criticised by opposition candidates who said traditional leaders must not dabble in politics.
The three traditional leaders are Ernest Mandava and Benjamin Chikuni; of Ward 27 and Ward 28 respectively, and Tumai Madzikona who contested in Ward 31.
MDC-Alliance Zaka West parliamentary candidate, Festas Dumbu told TellZim News during the election period that the issue had been raised with the Zimbabwe Electoral Commission (Zec) but no action was taken.
"We have raised the issue with Zec but they kept on dragging their feet. This has compromised the credibility of this election because the electorate is being intimidated to vote for these village heads and their party," said Dumbu.
Another village head, Kefas Magadzire – who is Nedowa village head – was on Monday reported to have worked as a ruling party election agent in the constituency.
Similar cases of village heads being fielded as party agents were reported in Chivi where Elias Tsonani of Chesimba D was an agent at Dzingirai Primary School
in Ward 29.
In ward 27, Gilbert Chikanda from village 3B was also an agent at Nyahumbe Primary School.politics
Share !