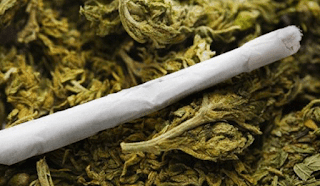 MWENEZI -Two men, one from Harare and the other who resides at Rutenga growth point, were last week convicted at the Magistrates' Court after being found guilty of possessing twists of dagga worth 50 cents.
Courage Zinatsa (22) of 1388 Mainway Meadows, Waterfalls, Harare, and Samuel Ngundu (19) of Rutenga growth point, pleaded not guilty to contravening Section 157 (1) (a) of the Criminal Law (Codification and Reform) Act  Chapter 9:23 'unlawful possession or use of dangerous drugs'.
Due to the overwhelming evidence linking the duo to the offence, magistrate Honest Musiiwa, however, convicted both of them. Each was sentenced to 10 days behind bars or to alternatively pay a US$25 fine each.
Arguing for the State, prosecutor Angelinah Makonya told the court that on July 18, at around 15:30 hours, Zinatsa and Ngundu were in the bush near Chikombedzi turn off, Rutenga.
Three on-duty detectives; Chiwara, Musiiwa and Nyoni became suspicious upon seeing the two suspects smoking.
Upon investigating and searching the pockets of the suspects, the detectives found each of them in possession of a twist of dagga worth 50 cents.
This led to the immediate arrest of the two.crime