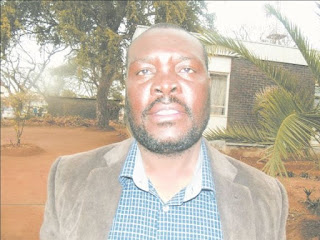 CHIREDZI - The persons appointed to run the affairs of Chiredzi Town Council pending the swearing in of new councillors have been criticised for landing their posts not on the basis of merit but due to patronage networks.
The interim Chiredzi commission has Ronald Ndava, who earlier this year lost the Chiredzi North Zanu PF primaries to Roy Bhila, and outgoing town chairperson Francis Moyo who lost to Farai Musikavanhu in Chiredzi West.
Both Bhila and Musikavanhu went on to win the seats in the July 30 harmonised elections.
It is, however, by Zanu PF's intricate patronage system that Ndava and Moyo find themselves calling the shots at the local authority albeit on a provisional basis.
Both men have previously served as chairpersons of the council, and critics say their record in terms of service delivery is dismal.
During his time as chairperson, Ndava was accused of sabotaging a deal proposed by Tongaat Hulett which would have seen the sugar company partnering council in road maintenance projects.
Moyo is accused of colluding with former Minister of Local Government Public Works and National Housing, Savior Kasukuwere to ignore calls by residents to make public a forensic audit of the council's dealings.
Chiredzi Residents and Ratepayers Association (CHIRRA) chairperson, Jonathan Muusha said by bringing the two men back into council, current Local Government minister July Moyo had shown complete disregard for the sentiments of residents.
"How could he bring people with such a poor record back into council? There were many choices at his disposal. We are convinced they were appointed to console them for their loss in the Zanu PF primaries and to make sure they stay dedicated to the party.
"We feel the minister should instead have appointed the district administrator to run the affairs of council while we wait for the incoming elected officials. Nothing can be expected from those two because they failed to deliver during their time as councillors," said Muusha.
United Chiredzi Residents and Ratepayers Association (UCHIRRA) secretary general, Bernard Dhachi said the Local Government should have learnt from history that such arrangements were often conduits of corruption and self-aggrandisement.
"Appointing people who are not serving in any other public office is not a wise thing you want to do because such people are complete outsiders. They exploit whatever little time they have to cut out nice deals for themselves at the expense of residents. That has happened in the past so why should it happen again?
"In our case, it is even more outrageous because Francis Moyo, who is the outgoing chairperson with a blemished record, has been retained as a commissioner," said Dhachi.
All commissioners appointed to run the affairs of all councils in the province have strong links to Zanu PF, with many of them having lost in the party's chaotic primary elections held in April and May.local
Share !