‘Three die of typhoid in Gweru’ 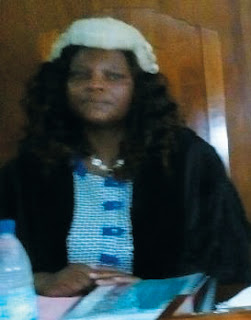 …many more admitted at hospital

GWERU - There is an outbreak of typhoid in Mkoba, with three people reportedly having died of the waterborne disease by Tuesday, while many others were admitted at Gweru General Hospital by the time of writing.
The outbreak has affected Mkoba 15, 18 and 20 with people in those areas suffering the symptoms after drinking contaminated water.
City of Gweru town clerk, Elizabeth Gwatipedza said the municipality had already declared the outbreak, adding that work was being done to establish the source.
"Yes there has been an outbreak of typhoid in Mkoba 15, 18 and 20 but residents are advised that municipal water is safe to drink. Indications at the moment are that only borehole and well water is contaminated.
"Our valued rate payers, clients and stakeholders are encouraged to desist from using water from the boreholes and wells as it is contaminated. If they decide to use such water, they should then observe all the requisite rules of hygiene," said Gwatipedza.
Meanwhile a treatment camp has been established at Mkoba 1 Clinic to decongest Midlands Private Hospital and Gweru General Hospital.
Gwatipedza said council had also established teams to raise awareness as investigations continued.
Gweru Residents Forum director, Charles Mazorodze blamed the outbreak on poor sanitation in the city.
"We are deeply disturbed by all this. The affected areas have had perennial water shortages dating back 15 years and council has not done anything concrete to solve the problem.
"They should prioritise investment in water services infrastructure so that we can end this problem once and for all," said Mazorodze.
A concerned Mkoba 20 resident said she felt not safe as the underlining causes of the outbreak have been there for a long time.
"We are not happy at all as residents because we now fear for our lives and the lives of our children. We cannot depend on council water anymore. As I speak right now, there are three boys who died yesterday after drinking this water," she said.local
Share !