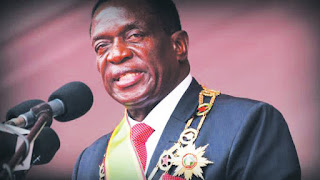 MWENEZI - The opposition has for the first time managed to secure a council seat in the district after MDC Alliance's Albert Mashiri beat Zanu PF's Canaan Moyo to become the new councillor for Ward 18.
Moyo was seeking to secure a third term in office but his dream went up in smoke after Mashiri garnered 929 votes against his 865.
Ward 18 is also the only ward in the district's two constituencies where the opposition coalition's presidential candidate, Nelson Chamisa scored more votes than President Emmerson Mnangagwa of Zanu PF.
Chamisa got 1058 against Mnangagwa's 704 votes in the ward which covers Rutenga growth point.
Other results released by the Zimbabwe Electoral Commission (Zec) by the time of writing showed that the MDC Alliance suffered heavy blows in all the other 17 wards where Zanu PF won by wide margins.
The gap was a bit narrower though in Ward 2 and Ward 5 after the opposition coalition put up a remarkable fight and registered great improvement from their 2013 performance.
Meanwhile, Joosbi Omar and Priscilla Moyo, who are both from Zanu PF, have been declared the duly elected Members of Parliament (MPs) for Mwenezi East and West respectively.politics
Share !