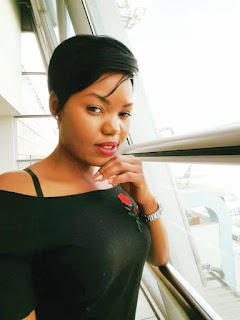 Tragedy recently struck the family of a senior member of the Zimbabwe Republic Police (ZRP) Masvingo province, Chief Superintendent Philip Ncube following the death of his first born, Immaculate Rudo Ncube.
A family statement released before her burial on Saturday says Rudo died of heart failure in Thembisa, Johannesburg, South Africa on August 25.
Hundreds of mourners gathered for her funeral service at Zimuto Camp before proceeding to Lawn Cemetery where she was buried.
She was 28.
Colleagues said she suffered complications following a Caesarean operation she underwent at Thembisa Hospital on August 23 from which she never recovered. Prior to the operation, she had been admitted at the hospital with breathing problems.
She left behind a few weeks old baby boy.
Before her death, Rudo was employed at Grand Life Café in Johannesburg.
She went to Thomas Coulter Primary School in Hwange, Ndarama High School in Masvingo and Herentals College in Mutare.local
Share !