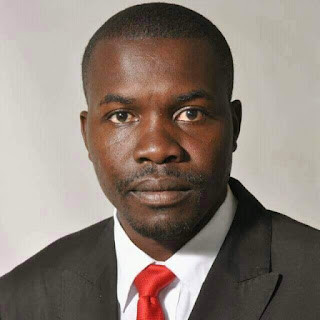 Newly-elected Bulawayo MDC Alliance Ward 24 councillor, Arnold Batirai Dube has claimed that he was threatened by members of the secessionist Mthakazi groupings soon after being sworn in as councillor last week.

He however said he would not be moved by 'the shenanigans of people who did not vote for me', but would instead focus to effectively represent the people of Nketa who elected him.

Dube triggered a commotion in council chambers when he recited his oath of office in Shona, in front of an audience presumed to have been predominantly Ndebele.

Videos of the squabbles, in which Dube could be seen citing the country's 16 official languages to defend his conduct against hordes of agitated activists, were widely circulated on social media.

"I am not at all moved. Those are not the people who voted for me so my focus now is to work for the people of Nketa who chose me to represent them in council," said Dube, who originally hails from Masvingo South.

He said the incident was staged and blown out of proportion by Gideon Mangena, a fellow MDC Alliance candidate whom he defeated in the July 30 elections. Serious intra-MDC Alliance disagreements in the ward saw the opposition coalition fielding two candidates to contest for the council seat.

"What happened is that Mangena had hoped that I was not going to be sworn in before the conclusion of the two spurious criminal cases he laid against me before the elections. When he heard that I had been invited to the swearing in ceremony at the very last minute, he hired the Mthwakazi guys who booed me and made distasteful tribal remarks as I entered the gallery. They had planned it in advance but I stood my ground.

"After the event, they accosted me outside and threatened to kill me. They even told me the day they would kill me, claiming that they knew I and some councillors wanted to vote for a Shona mayor," said Dube.

The 32-year-old councillor, who is the Tendai Biti-led People's Democratic Party (PDP) youth leader, contested for the ward despite the alliance having endorsed Mangena – who belongs to Welshman Ncube's MDC – four days before election day.

Dube went to Shonganiso Primary School before proceeding to Berejena Mission for his secondary education. He did his 'A' levels at Masvingo Christion College and is currently studying for a marketing degree with a South African institution.politics