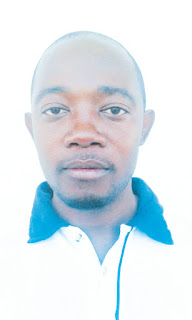 CHIREDZI - Zanu PF's Chiredzi Town Council chairmanship candidate, Blessing Mazinyani was recently caught by surprise after MDC Alliance's Gibson Hwende won the race after scoring more votes than what everybody had expected.
MDC Alliance has three councillors and Zanu PF has four, with one ward taken by and independent Ropafadzo Makumire, who was voted vice chairperson ahead of Zanu PF's Liberty Macharaga. Makumire got five votes against Macharaga's three, meaning he most likely got his own vote, three from MDC Alliance and one more from Zanu PF.
Chiredzi has four Zanu PF councillors namely Josphat Nzombe, Obert Ngwenya, Blessings Mazinyani and Macharaga while MDC Alliance has three councillors; Musingashari Musingashari, Rogers Chikonye and Hwende.
Hwende won by five votes against two Zanu PF candidates, Mazinyani, who got two votes, and Nzombe who got one. This most likely means Hwende got all the MDC Alliance councillors votes, independent Makumire's vote as well as one more from Zanu PF.
The previous council was chaired by Francis Moyo of Zanu PF who left council when he decided to contest for the Chiredzi West parliamentary seat in the party primaries but lost to Farai Musikavanhu who went on to become new MP.
All the four Zanu PF candidates wanted the post but the party took a decision to endorse Mazinyani thereby angering Nzombe and another councillor who then reportedly decided to vote for Hwende.
Speaking after the swearing in ceremony, Zanu PF Masvingo provincial secretary for information and publicity, Ronald Ndava castigated 'sell-outs' in the party.
"This is the darkest day of my life. I have never witnessed party cadres behaving like this. They just used their money to get into party positions and yet they don't belong to the party but belong to themselves," said Ndava.
In his acceptance speech, Hwende promised to quickly address issues to do with transparency, openness and corruption that haunted the council for the past five years under the Zanu PF leadership.
He said Chiredzi needed to open a new chapter that would see everyone contributing towards the expected standards of development.
"It is indeed my wish to see the welfare of residents and their interests being the number one agenda for our council in the next five years. Chiredzi will never be the same again. This journey which we have started needs everyone to be involved in the running of affairs of our council.
"Chiredzi is going to be a very good town in relation to service delivery but this can only be achieved if all of us are involved. The Chiredzi we want starts with you and it starts with us.
"Corruption, Corruption, we are going to ensure that Chiredzi Town Council will be a corrupt-free council. We want to try by all means to ensure that we do our council business with trust. We want to be responsible, accountable and open and this will address the gap between residents and council," Hwende said.local
Share !