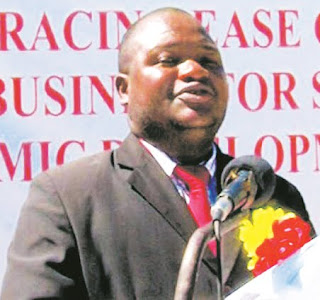 ZAKA – The Grain Marketing Board (GMB) Jerera depot manager Wellington Shumba was recently summoned by the District Administrator (DA) Ndeya Nyede following a public outcry over alleged corruption at the depot.
Many farmers intending to sell their produce to the State-owned grain buyer have been complaining that they face severe difficulties being served unless they paid bribes to senior official at the depot.
The complained of unnecessary delays that were deliberately being done to frustrate them so that they could pay bribes for the process to being expedited.
TellZim News first reported about the issue a few weeks ago and later gathered that Nyede had then called Shumba to his office to discuss the matter and many more issues that had arisen.
When contacted for comment, Nyede confirmed meeting Shumba over the issue but added that meetings were a regular thing between them.
"We do regular meetings with the manager. I called him after the issue was raised and he told me his side of the story and everything is going on well now. People tend to think that some of the delays they experience are deliberate and malicious, but power cuts also cause delays there," said Nyede.
"Because of the good prices that GMB is offering this year, some people are bringing last year's grains most of which, unfortunately, fail the quality tests leading to the farmers being turned away," he added.
Inside sources, however, maintained that bribes were being demanded by a coterie of corrupt officials who would then direct that only those who complied with the bribery terms and conditions be served expeditiously. The sources also said the power cuts argument did not hold water as there were generators on standby.
When Shumba was contacted for comment when TellZim News first wrote about the issue, he refused to comment saying all communication matters were handled in Harare.
Repeated efforts to get his comment this time around also failed as he neither picked nor returned the calls.
It was, however, learnt that the depot was recently involved in more controversy after initially refusing to release some inputs of the Presidential Input Scheme to farmers outside of such irrigation schemes as Fuwe-Panganai.
Sources said senior management at the GMB depot thought it was a waste of resources to give the inputs to farmers who practiced rain-fed agriculture.
Nyede, however, rubbished the allegations saying the scheme was benefitting all farmers in a fair manner.
"The Presidential Input Scheme and the Command Agriculture inputs distribution is being done fairly. We did wards five and nine before breaking for the elections but we are now carrying on with the work," said Nyede.local
Share !