Home » Local » Maboke will never be our mayor - MDC Alliance

Maboke will never be our mayor - MDC Alliance 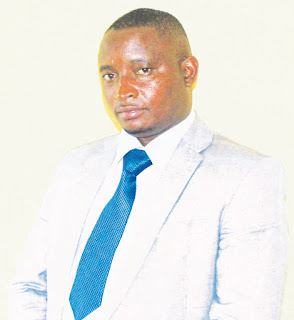 The MDC Alliance says nothing has changed with regards to its decision to force controversially-elected new City of Masvingo mayor, Collen Maboke to step down and pave way for fresh elections.
Maboke was ordered to step down to pave the way for Ward 5 councillor, Daniel Mberikunashe, to take over.
MDC Alliance local governance secretary, Sessel Zvidzai told TellZim News the party stood by its decision and was waiting for Maboke's resignation letter.
"Nothing has changed so the decision of the party remains. Party processes found that Maboke is not the best candidate for the position. I am waiting for his resignation right now. Let me check to see if what I have just received in my mail box is not his resignation letter," said Zvidzai.
Maboke has previously refused to talk about the issue to the press but indications have been that he did not want to go without a fight.
It is alleged that Maboke has the backing of MDC Alliance provincial chairperson James Gumbi who is urging him to hold on.
When contacted for comment, Gumbi also refused to comment on the matter saying was in hospital and could not talk to anyone.
"I am in hospital and am not able to speak to you," said Gumbi before hanging up.
There has been a lot of messages doing rounds on social media claiming Maboke had been let off the hook.
"Maboke is not going down without a fight; he will stand up and drag Chamisa to court. But before it comes to that, his people have launched a social media campaign sending confusing messages to try and portray Chamisa as a dictator.
"Some provincial executive members including the chairperson are telling him not to step down and are helping him to organise people to protest over the decision," said a source.
Maboke found himself in the middle of a storm after he defied a party directive that it was Ward 4 councillor, Godfrey Kurauone and his Ward 1 counterpart, Selina Maridza who were to be nominated and elected as mayor and deputy mayor respectively.
Maboke, however, teamed up with three Zanu PF councillors and other three MDC Alliance councillors to get himself nominated and elected to the mayor's post, while ceding the deputy mayorship to Zanu PF Ward 6 councillor, Wellington Mahwende.
Zanu PF has endorsed Maboke saying he had seen the light and should take the same light to Chamisa.
At his welcome celebrations on Monday, newly-appointed Minister of State for Masvingo Provincial Affairs and Zanu PF Masvingo West MP, Ezra Chadzamira heaped praises on Maboke.local
Share !