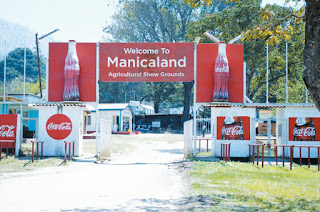 The 2018 Manicaland Agricultural Show that was held in Mutare from 21-25 August has been described as an essential marketing platform for Chipinge Rural District Council (RDC), with the local authority's participation at the event drawing the interest of many businesses.
The 108th edition of the Manicaland Agricultural Show was held under the theme 'Economic Growth Through Collaborative Efforts' and was officially opened by Minister of State for Manicaland Provincial Affairs, Monica Mutsvangwa.
The event attracted more than 200 companies and individual farmers who were eager to expose their products and services to new clients.
Chipinge RDC chief executive officer (CEO), Blessing Mamvosha said the show had helped to bring them closer to prospective clients.
"As a council that has vast land on offer at our three growth points especially at Checheche, we feel that we managed to market our stands to prospective investors quite well.
"It is our mandate to provide people with land to build homes. That is what we were telling people at the Manicaland show that Chipinge has vast stretches of land which home seekers and investors can purchase and develop. We showcased our affordable rates and all the business opportunities found in Chipinge," said Mamvosha.
He expressed satisfaction with the level of organisation at the show, adding that he was confident that the occasion had enormously helped to put Chipinge on the map.
"The show was so professionally-organised that we managed to conduct our business in an enabling environment. As a local authority, we feel that Manicaland Agricultural Show is essential for us, and most probably for many other rural councils," Mamvosha.
He said the council owed its recent successes to an extensive marketing drive that was recently adopted in order to expose the district to prospective investors.
"There were many people who got interested in our 27-minute documentary film when we played it at the show. This was an effective marketing strategy which caught the eyes of many so I am confident we will reap the dividends of our efforts very soon," Mamvosha said.business
Share !