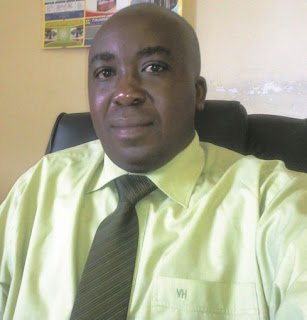 Masvingo residents have expressed mistrust and lack of confidence in the city council's annual budget consultative outreach programmes, dismissing the processes as mere window-dressing.
Speaking at a Masvingo United Residents and Ratepayers Alliance (Murra) local government budgeting survey launch at a local hotel last week, residents said they were being marginalised in the city's budgeting process.
A female Ward 2 resident said city fathers only come to the people with drafted budgets just as a formality and a way of fulfilling the consultative requirements of the Urban Councils Act.
"We don't know the budget, what we know is the expenditure. We are only shown what they would have already drafted. All of them come to the people for that deceptive exercise and after that, we don't see them until the following year," she said.
One of City of Masvingo representatives at the meeting, however, defended the practice of drafting the budget before consultations, saying making consultations first was time consuming.
"We just can't gather without a tangible pre-budget because with that kind of democracy, the whole process would be delayed. As we come to the people, we must have a starting point which we can then amend with the consent of the people," said the rep.
Speaking on behalf of the business community, Lulu Munemo of Lulu Events said the council could improve service delivery by planning fewer tasks at a time and executing them before moving on to the next task.
"Our council needs to take it one step at a time. We commend what they are doing but they are doing too many tasks at the same time. In Clovely, we don't even get to see refuse trucks yet we pay rates," said Munemo.
City of Masvingo deputy housing director, Simbarashe Mandishona challenged residents to rigorously engage council in a way that helps service delivery.
"It's residents who make us great, our doors are always open. We need people who are forthcoming so that we make a great team and make our city a jewel as it has always been," said Mandishona.
Recently Murra filed an urgent High Court application seeking an order for the council to quickly restore regular water supplies that have been disrupted by broken down pumps.
The court ordered the two parties to reach a settlement whereby the council will have to equitably distribute the available water until normal supplies are restored.local
Share !