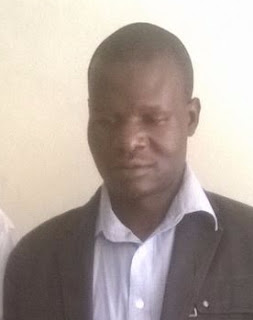 The Masvingo United Residents and Ratepayers Alliance (Murra) recently made an urgent High Court application for an order compelling Masvingo City Council to quickly restore water to all areas that have not had the service or have had erratic supplies since August 22.
The case, in which Murra and Anoziva Muguti were the first and second applicants respectively, while City of Masvingo cited as the sole respondent, was heard by Justice Joseph Mafusire on Tuesday.
Murra was being represented by Martin Mureri while City of Masvingo was represented by Jackson Mupoperi.
The parties were ordered to reach a settlement out of court that will see an equitable distribution of the available little water until normal supplies are restored.
On Wednesday, the parties met and agreed on a water rationing regime until the broken down pumps are repaired and reinstalled.
They agreed that Jojo tanks be installed in various places to complement the bowsers that are currently being used in other areas.
They also agreed that the water which is currently being rationed to the residents should be doubled.
Muguti told TellZim News said the applicants will actively make follow ups on the agreement to make sure that the council met its side of the bargain.
"We are happy with the development because council has committed itself to avail water as per our agreement. What we now want is for them to follow the schedule religiously so that we are convinced that whatever we discussed and agreed upon is done in good faith," said Muguti.
Residents of some suburbs have bitterly complained that their areas were not receiving a fair share of the available water.
On Sunday, August 26, City of Masvingo released a statement, signed by outgoing town clerk Adolf Gusha, attributing faults on its pumping equipment at Bushmead waterworks as the cause for the crisis.
"The City is seized with carrying out repairs to the equipment that has been taken to Harare. While every effort is being made to expedite the repairs, we are unable to give a date when supplies will resume at full capacity," part of the statement reads.
On Sunday, September 02, Gusha released another statement which partly reads: The City managed to send the pump to Harare for repairs. After completing the stripping of the pump, a quotation for the repairs was generated and received on the 29th of August. Payment was made the following day. The repairers have advised that they require 7-10 working days to return the pump to service, and therefore, including collection and installation, the earliest that the city can resume full capacity pumping is Saturday, 8th September, 2018.
The crisis has since sparked fears of a cholera and/or typhoid outbreak similar to that which recently hit Gweru though a suspected typhoid case reported last week tested negative, according to Masvingo provincial medical director, Dr Amadeus Shamu.local
Share !