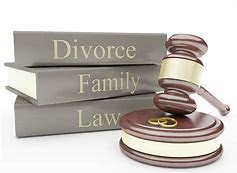 MWENEZI - Jimson Mufundire (38) was nearly sent to prison last week for attempted murder after he pleaded guilty to hitting Solomon Gwazinga who had allegedly boasted that he was sleeping with his mother.
This was heard in the Mwenezi Magistrate Court during the trial of Mafundire of Tariri village under Chief Maranda who was charged for severely assaulting his mother's alleged lover.
Magistrate Honest Musiiwa gave Mafundire a stern warning before sentencing him to 15 months in prison, five of which were conditionally suspended.
The remaining 10 months were set aside on condition that he performed 350 hours of community service at Chengwe Primary school.
The magistrate highlighted that the medical report showed that Mafundire nearly killed the complainant.
Asked by magistrate Musiiwa why he committed the offence, Mafundire said the complainant was publicly boasting to his face that he was sleeping with his mother.
Representing the State, prosecutor Willard Chasi told the court that sometime in February this year, Mafundire was drinking beer in the village when a misunderstanding arose between him and Gwazinga after the latter had told him that he had sex with his mother.
Enraged by Gwazinga's utterances, Mafundire took a wooden stool and struck him on the head.
Gwazinga sustained head injuries and was rushed to hospital where he received treatment.
A police report was later made leading to the arrest of Mafundire.local
Share !