Another wage dispute in sugar industry 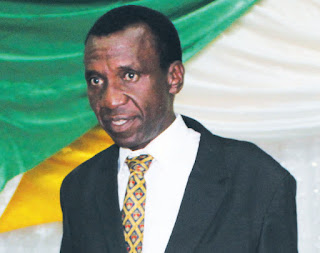 CHIREDZI - The Zimbabwe Milling Industry Workers Union (ZISMIWU) and Zimbabwe Sugar Milling Industry Employers Association (ZISMIEA) have clashed once again in yet another wage deadlock, with the Labour Court referring the case yet again to retired Justice George Smith who last year arbitrated in another dispute and awarded employees a 15 percent increase.
The Labour Court recently appointed the now famed Justice Smith arbitrator in the latest dispute between the two parties.
In last year's arbitration ruling made on June 19, Justice Smith awarded workers the 15 percent increase they sought. The employers, after initially showing a strong determination to continue resisting, finally capitulated and agreed to the wage increase.
A copy of a recent referral letter to Justice Smith seen by TellZim News makes it clear ZSMIWU and ZISMIEA agreed appoint him arbitrator in the latest dispute.
ZISMIWU has made a proposal for a 69 percent wage increase, but ZISMIEA argues that it can only afford to raise the wages by 4.83 percent.
"You are hereby appointed in terms of section 93 (5) of the Labour Act (Chapter 28:01) as arbitrator in the matter of ZSMIWU and ZISMIEA.
"The following shall be the terms of reference; To determine whether or not to increase the wage for ZSMIWU or 4.83% offered by the ZSMIEA. If the answer to the above is in the affirmative the arbitrator is to determine the rate of such increase," reads part of the letter.
ZSMIWU secretary general, Faster Gono, told TellZim News in a telephone interview it was grossly unreasonable for the employer to table a 4.83 percent increase, which he said translated, on average, to a mere US$10 more for every employee.
Gono argued the union was convinced a 69 percent increase was affordable and the most reasonable, saying it would give the least paid employee a minimum of US$350 per month.
"We are currently in Harare to seek consensus on the arbitration date as Justice Smith has agreed to preside over our case. It's no longer fit for the company to increase wages by a measly $10. That was a trend of the (former ZISMIWU secretary general Addmore) Hwarare era which is no longer tenable.
"Frankly speaking, can honest and fair people really stand up with confidence and say they genuinely find it unreasonable if we make sure the lowest paid employee gets a basic salary of $350?" said Gono.local
Share !