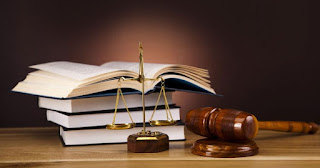 MWENEZI - Villagers of Mwenezi West on the border with Mberengwa district, have raised concerns over the increase in stock theft cases in the area, with some of them saying there is a highly organised racket which has become a law unto itself.
The worst affected cattle ranchers are in Ward 10 under Chief Mazetese where cattle are reportedly being stolen daily, with the meat sold to butchers in Mberengwa.
Newly-elected Ward 10 councillor, Pilate Sayi said cases of stock theft were rife in the area but he could not corroborate claims that suspects were well-known local people acting with impunity.
"Cases of stock theft are there and I have received a lot of complaints with regards to that issue but I do not have suspects or the buyers of the stolen cattle," said Sayi.
Some villagers however said some cases of stock theft were well documented and they involved clear suspects.
"Recently there were about 10 cattle with a brand from Mberengwa district that were secretly rebranded with a Mwenezi mark at Chirindi dip tank. Again, another incident happened at a cattle market at Chikumbire dip tank. There were some sizeable number of cattle that were destined for auctioning there but they disappeared after people raised the red flag and questioned their origins.
"People who are doing that are locals who seal our cattle for sale in Mberengwa. Livestock with Mberengwa brands are regularly seen and clandestinely rebranded here in Mwenezi West. It seems criminals here are conniving with the ones from Mberengwa because our cattle are being stolen at an alarming rate," said a resident of Ward 10.
Other villagers said cases of stock theft were increasing because of very little police presence, with the Mlelezi police base being far away from where most of the cases are happening.
"A notorious cattle rustler called Chomwenye was recently caught by the police after a long period of tormenting the community but he is now out of custody on bail, and is boasting about it. People have realised that filing police reports in such matters is a waste of time as the criminals always engage lawyers and they get away with it" said another villager.local
Share !