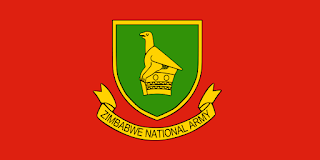 Headquarters 4 Infantry Brigade will host the 2018 Traditional Leaders Day on October 13, 2018 under the theme 'Zimbabwe Defence Forces Dedicated to the Defence of National Sovereignty, Stability and Socio-Economic Development neMadzimambo'.
The event will be held at Headquarters 4 Infantry Brigade Officers Mess as from 09:00 hrs until late. This is an annual event on the Zimbabwe National Army (ZNA)'s calendar to honour traditional leaders for the role they play in societal well-being.
Headquarters 4 Infantry Brigade Civil Military Relations Officer, Major Charles Masvosva said the Traditional Leaders Day was adopted as one of the ZNA's major events to honour traditional leaders for their role in society.
"Historically, chiefs played a pivotal role in the defence of territorial integrity of the areas under their jurisdiction as generals of their armies and as regiments like Tshaka of the Zulu Empire, Changamire Dombo of the Rozvi Empire and Nyatsimba Mutota of the Munhumutapa Empire located at the majestic Great Zimbabwe to name but a few. This gave birth to the formation of modern day's armies and regiments," Maj Masvosva said.
The day is also aimed at promoting the mutual relationship between chiefs, soldiers and the community through a social interaction and understanding programme within Masvingo province.
Maj Masvosva also said that the military had a role to defend the territorial integrity of the country, adding that the role included the defence of culture, values, morals, artifacts, environment, animals and heritage. He said this objective, however, could not be achieved by the military alone but through the guidance and support of chiefs and all other traditional leaders.
"Chiefs played a pivotal role during the liberation struggle by supporting guerrillas by either giving them spiritual guidance or giving them moral support. This relationship must be maintained.  Our sponsors of this year's event are Agriseeds and Seed-Co," said Maj Masvosva.
The guest of honour at the event will be ZNA Commander, Lieutenant General Edzai Chimonyo.
The writer is the Headquarters 4 Infantry Brigade public relations officer (PRO)
Share !