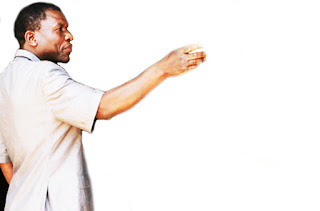 
Upenyu Chaota
Zimbabwe Republic Police (ZRP), which went on record in the run-up to July 30 harmonised elections saying they were apolitical, has been condemned after a junior officer revealed that seniour officers actively campaigned for Zanu PF and distributed the part's regalia.
Constable Tobias Banda, stationed at Masvingo Canine, bared it all when he appeared at Masvingo Magistrates' Court to answer charges of undermining President Emmerson Mnangagwa.
This was after he was arrested for publicly declaring that the incumbent, who was sworn in after the Constitution Court (ConCourt) ruled against the MDC Alliance's challenge against the presidential election results, had rigged the elections.
Banda is being charged for contravening Paragraph 48 (2) (g) of the schedule of the Police Act Chapter 11:10 as read with Section 29 of the said Act, and as amended by part 1xx1 of the Criminal Penalties Amendment number 22/2001.
Represented by Owen Mafa of Mutendi, Mudisi and Shumba Legal Practitioners, Banda gave a glaring account how of he accompanied Assistant Commissioner Crispen Makendenge to go to campaign for Zanu PF as well as distribute Zanu PF regalia in the run up to July 30, 2018 harmonised elections.
Banda told the court if supporting MDC Alliance leader Nelson Chamisa warranted being fired from the police force, he was ready to accept it, arguing that senior officers had actively campaigned for and distributed Zanu PF regalia, in flagrant disregard of the letter and spirit of the Constitution.
The junior officer implied his seniors were the guiltiest as far as campaigning for political parties was concerned as the majority of them were die-hard Zanu PF supporters.
It is the State case that, Banda who is a dog handler, on August 7, 2018 at around 20:00hrs, was drinking beer at Phoenix Bar Canteen in the presence of Ass Com Makedenge and Assistant Inspector Edmos Saranavo.
The trio was watching a news bulletin on ZBC TV where it was said that the people from Masvingo were celebrating the victory of President Mnangagwa. The news clip peeved Banda who then allegedly went berserk shouting on top of his voice that Chamisa had been robbed of his victory.
A case was opened against Banda and was ordered to appear before a police court of an officer/board of officers to answer charges of contravening Paragraph 48 (2) (g) of the Schedule to the Police Act Chapter 11:10 as read with Section 29 of the said Act as amended by part 1xx1 of the Criminal Penalties Amendment number 22/2001.
According to Assistant Inspector Saranavo's testimony, Constable Banda clearly identified himself as a supporter of Chamisa and was furious over Mnangagwa's victory.
"As we were watching Ztv news, it was said that the people from Masvingo were celebrating the victory of the then President-elect Emmerson Mnangagwa and the accused shouted that Mnangagwa had rigged the elections.
"He also pointed to Assistant Commissioner Makedenge, patted his back saying he had been used by Zanu PF.
"I was seated next to Assistant Commissioner Makedenge and told the accused that I will chase him out of the bar but Assistant Commissioner Makedenge refrained me," said Assistant Inspector Saranavo in a statement.
Before Banda could appear before the court of an officer/board of officers, it is said that Assistant Commissioner Makedenge ordered that the accused be forgiven.
The case was, however, revived this weak resulting in Banda being dragged to Masvingo Magistrates' Court to answer to the charges.
Banda said he was prepared to be discharged from the police force if supporting Chamisa was not allowed but hastened to say that senior officers like Ass Com Makedenge should, therefore, be charged as well.
He insisted that he went into the field distributing Zanu PF regalia during the campaigning period and he was Ass Com Makedenge's body guard.
He argued that if the law is to be applied fairly, it was Ass Com Makedenge who should be answerable first for his explicit involvement with Zanu PF.
When contacted for comment over ZRP's involvement in Zanu PF's election campaign, deputy national police spokesperson Chief Superintendent Paul Nyati said he could not comment on the matter since he was on vacation attending lectures in Bindura.
He then referred all questions to Snr Ass Com Charity Charamba whose mobile was not reachable by the time of going to press.topnews
Share !