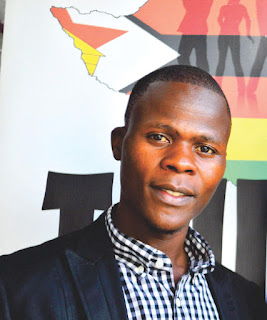 MASVINGO – TellZim News' Founding Editor Passmore Kuzipa left the country this week for the United States of America (USA) where he is expected to tour more than five States under the Edward R Murrow programme for journalists.
Kuzipa, who is also a director at TellZim News, was nominated for the International Visitor Leaders Program (IVLP), a programme by the US Embassy's Public Affairs after realising the leadership skills he exhibited in promoting access to credible sources of information by marginalized communities in the southern region of Zimbabwe, through citizen journalism.
He is the only Zimbabwean journalist taking part in this programme and he will be sharing experiences with veteran journalists from over 15 countries across the globe.
The Edward R Murrow programme will see Kuzipa visiting various States like Washington DC, Chicago, New Mexico and Carlifonia among many other States learning and appreciating the new media trends in the digital age as well as civic engagement.
The programme will also afford Kuzipa opportunities to meet and engage with international journalists from media houses like The Washington Post, New York Times and CNN among others.
Speaking about the programme, Kuzipa said the well-deserved nomination was as a result of the immense work TellZim News is doing to promote universal access to credible information by marginalized communities.
"We are doing great work as TellZim News and, as the founding editor, I am grateful for being afforded the opportunity to attend the Edward R Murrow programme for journalists in the U.S.
"I have no doubt that the exposure will go a long way in improving TellZim News' quest to promote access to credible information in Masvingo province and the entire nation," said Kuzipa.
Under the able team leadership of Kuzipa, TellZim News has grown to become the leading regional community news reporting newspaper in the country, promoting development and dialogue between leaders and citizens.
The newspaper is the first to introduce citizen journalism where citizens are trained basic journalism skills and then contribute stories to mainstream media thereafter.
Since the introduction of TellZim Newspaper in 2015, the organisation has won more than five national awards, while six of its journalists won different national individual awards for excelling in different beats.
"I strongly believe that citizens make better decisions when they are well informed; it is not just about having access to information but credible information.
"Citizen journalism is very critical because citizens should be able to tell their own stories and be able to engage the leadership in developmental issues," said Kuzipa.local
Share !