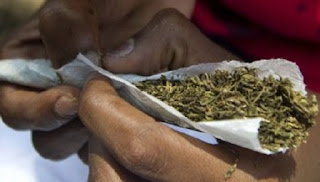 Faith Mushayi (28) of House Number 813 Duma, Nyika and Nevia Mushayi (49) of Number 906 Duma high density suburb in Nyika recently appeared before Masvingo Magistrates Rufaro Mangwiro after they were found in possession of 2.050 kg mbanje intended for sell.
The duo pleaded guilty to unlawfully dealing in the dangerous drug as defined in Section 156(1) (c) of the Criminal Law (Codification and Reform) Act Chapter 9:23.
They were sentenced to 12 months each but three were suspended for five years on condition of good behaviour, leaving each to serve nine effective months in prison.
It was the State's case that on October 03, a Masvingo district crack team that included six police officers pursuing a robbery case went to Faith's house after being tipped that some of the stolen property was kept there.
Nothing of that sort was recovered there but during the search, they stumbled upon the drug which was packed in a black plastic bag, leading to her arrest though she had denied ownership of the drug which she said belonged to Nevia.
The police were then tipped on Nevia's whereabouts as she had gone into hiding after learning that the police were looking for her.
Nothing of the stolen property was found at Nevia's house but the dagga was weighed at Zimpost in the presence of both suspects.
Fidelicy Nyamukondiwa appeared for the State.court
Share !