A country of no progress 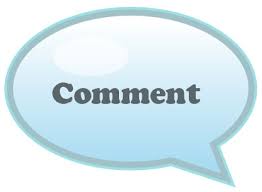 Zimbabwe can be described as a child that never matures, a child that has been starved of the fundamentals needed for growth so much that the child is now suffering stunted growth. How else can one describe the stagnation of the past 38 years? Most painful perhaps is the fact that the starvation is happening in a house of plenty. The country has bountiful minerals and rich soils that any other country would use to make its citizens rich. But that has not happened in Zimbabwe, the country remains what it has been 40 and more years ago, with the rural areas far much worse. The major difference between the lives of citizens living in an average rural area today and those who lived there in 1940 is probably access to mobile network connectivity. The transport systems, housing and general social organisation remain very much the same. The country’s rulers since 1980 must take blame for this sad state of affairs. The country has produced so much gold, chrome, emeralds, nickel, diamonds and other precious stones since independence in 1980 that the lives of citizens should be fabulous now. We must not still be hewers of wood and drawers of water any more. The Marange diamonds have produced tens of millions of carats of diamonds since 2007; enough wealth to build a whole new city in that poor land but nothing even remotely close to that has happened. The diamonds have been looted by top ruling party politicians and their cronies in the security sector and some foreigners with close links to the ruling party. People must remember that in South Africa, the city of Kimberly was built upon a diamond field that most probably was not even as rich as Marange. Botswana has transformed itself upon diamond wealth that again may not be as vast as that in Marange. How then is it possible that we remain a country of beggars and homeless children when God has blessed us with so much wealth? It is a big indictment of the corrupt liberation generation with a stockholder mentality. That predatory generation continues to hold the country to ransom while pillaging and plundering national wealth.