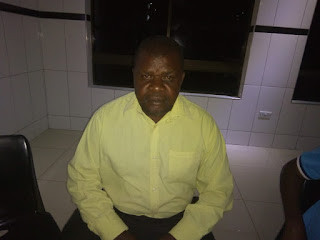 Beatific Gumbwanda
CHIREDZI - The decision by the Zanu PF provincial disciplinary committee to recall two councillors accused of voting for an MDC Alliance council chairperson candidate could backfire after the councillors threatened to take up their case to President Emmerson Mnangagwa.
The councillors deny the charges and argue that the decision to expel them was meant to protect corrupt provincial executive members who understood that having the two councillors in the housing committee would be a threat to their corrupt land deals.
Zanu PF failed to win the Chiredzi chairmanship after they fielded two candidates against MDC Alliance’s Gibson Hwende who went on to win the race. Zanu PF’s two candidates collectively got three votes despite having four councillors in the chambers, meaning at least one ruling party councillor voted for Hwende. The deputy chairmanship went to an independent councillor and the result showed that at least one Zanu PF councillor had again voted for the opposition.
A subsequent witch-hunt produced nothing but a provincial disciplinary committee which consisted of party provincial administrator Ailes Baloyi and provincial commissar Jevas Masosota found Ward 2 councillor Obert Ngwenya and his Ward 8 counterpart Josphat Nzombe guilty.
Baloyi presented findings of the disciplinary committee before a Provincial Coordinating Committee (PCC), recommending the recall of the two councillors. 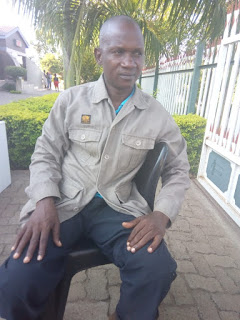 Cllr Ngwenya
The decision, however, awaits ratification by the national disciplinary committee which would serve the councillors with recall letters should it agree with the findings.
A letter of notification purportedly written by provincial chairperson Ezra Chadzamira has already been sent to Chiredzi Town Secretary, Charles Muchatukwa notifying him of the developments.
The disciplinary committee is, however, accused of ignoring overwhelming evidence showing that Blessings Mazinyani of Ward 5 had solicited and received bribes from almost every councillor for him to step-out of chairmanship race.
After pocketing over $500 in bribes, Mazinyani still entered the race and caused serious confusion which ultimately doomed the party’s chances in the race. Despite these revelations, Mazinyani was spared and the axe, instead, fell on Ngwenya who did not even contest for the post because the party had ordered him not to do so.
When contacted for comment, Chadzamira said the councillors had not yet been served with their letters of recall because the decision awaits ratification by the national disciplinary committee.
“The councillors were found guilty at provincial level so the decision has to be ratified at national level. If the national concurs, then the councillors would be served with their letters of recall,” said Chadzamira.
But Ngwenya warned that attempts to fire them from the party was not going to be as easy as other people thought.
“I was prepared to stand for the post of chairmanship but the province stopped me from contesting for that post and I respected the order. I was later asked to stand as chairperson for the housing committee and again I obliged. So now I am being punished because I received seven votes out of a possible eight, meaning some opposition councillors voted for me. Is it a crime to be a man of the people? I asked Chadzamira informally and he actually gave me the Masvingo Urban scenario (where a Zanu PF candidate got four votes from MDC-A) saying being voted for by the opposition was a good sign of mobilisation strategy on our part.
“I have strong financial independence and I hate corruption so upon hearing that I was going to chair the housing committee, the top leadership in Chiredzi panicked as they knew I was going to expose them hence the move to fire me. I will not go easily,” said Ngwenya.
Ngwenya’s ward is the only one in the urban area where Mnangagwa got more votes than the MDC Alliance’s Nelson Chamisa in the July 30 national harmonised elections.
On his part, Nzombe told TellZim News he was surprised to see Mazinyani contesting after he had paid him money not to contest.
“Mazinyani asked for a bribe to buy him out of the race and I paid everything which he demanded but I was shocked to see him standing on election day. Mazinyani got bribes from both Zanu PF and MDC councillors. I suspect he is the one who voted with the MDC because he took their money. I remember first giving him $50 and later $70 and he said he was satisfied.
“What shocks us is that despite all the evidence about Mazinyani’s double standards, he remains the party leadership’s darling. Those who sat on the disciplinary committee are from Chiredzi and they have vested interests in what happens here so we asked them to recuse themselves as they were conflicted but they refused as they wanted us out of council at all cost,” said Nzombe.
When TellZim News contacted him for comment, Mazinyani admitted he received money from other councillors but he denied that the money was meant to bribe him out of the contest.
He said he was actually surprised that everyone had suddenly started to ‘donate’ money for his drinks.
However, his colleagues said they had started demanding back their money since Mazinyani did nothis side of the bargain.