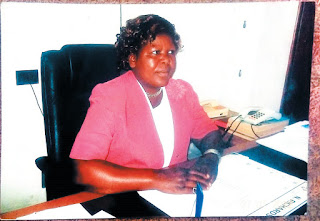 MASVINGO - The intriguing power struggles drama at the city council continues to unfold with three MDC Alliance councillors boycotting the first full council meeting held on Monday, a development which was seen as a protest against Collen Maboke’s defiance of a party directive to step down from the position of mayor.
The councillors who did not attend the full council meeting are Godfrey Kurauone of ward four, Daniel Mberikunashe of ward five and the only female councillor Selina Maridza of ward one.
Although the three councillors who boycotted the meeting chose to be diplomatic, hiding behind the finger, it was open that they did not want to be chaired by Maboke.
Councillor Maridza chose to narrate her story from the day she lost the post of the deputy major, saying she was still bitter with colleagues who betrayed her. Maridza said the truth will soon be out and rogue MDC Alliance councillors who are working in cahoots with Zanu PF will soon be exposed.
“Before I even talk about the Monday boycott, I want to set the record straight about how I lost the post of deputy mayor. I was betrayed by the people whom I trusted a lot and I am still bitter with them. Of course they came to apologise to me but it was too late, they had already donated their precious vote to Zanu PF. I feel that I was the most suitable candidate for the post of the deputy mayor considering that I am the only female councillor there,” said Maridza.
Maridza said she respected the party’s position ahead of anything else and felt that anyone who went against party policy must be severely punished.
“I am a loyal party die-hard and I am MDC to the core. I have so much respect for my president that even if I am told to step down, I would do so without second thoughts. I have never challenged the party’s position on anything and I respect only those who follow Chamisa’s instructions. I actually feel sorry for Cllr Kurauone who is being blamed for nothing when we know the real wolfs in sheep clothes. However, I find solace in the fact that the truth will set us free,” she said.
Quizzed further on why she stayed away from the first full council meeting, Maridza chose to be diplomatic, insisting that she will represent the party despite the fact that she was being fought by fellow MDC councillors.
“Look even after the meeting in Harare with president Chamisa, when we came back to elect deputy  chairpersons for committees, Cllr Babylon Beta went on to nominate Cllr Against Chiteme of Zanu PF ahead of me. I ended up nominating myself and went on to win that election. I feel that as a woman, I am being unfairly treated,” said Maridza.
TellZim News contacted Cllr Mberikunashe to find out his reasons for not coming to the full council meeting, and he did not deny that it was a form of protest.
“I am not in a position to comment about that at the moment but for sure I will come to you with full details of what is going on,” said Mberikunashe.
Cllr Kurauone who was initially preferred to be the mayor refused to comment saying he was being accused of leaking sensitive information to the press.
“I am afraid to speak to you because I am victimised everyday with people who think that I leak sensitive information to the press,” Kurauone said.
When contacted for comment on the absence of some councillors in the full council meeting, Maboke said he could not confirm that they had boycotted since they communicated that they would not be able to attend due to other reasons.
“It is important that we were able to hold the meeting because we constituted a quorum. They communicated that they were tied up with other things so I cannot say they boycotted,” said Maboke.
Close sources within MDC Alliance said initially the three councillors had plotted to walk out on the mayor but they were later advised to be more diplomatic and find excuses to stay away.
Maboke became the mayor after getting seven votes against Kuraone’s three votes.
To view the video of Maridza talking more about the issue go to www.tellzim.com