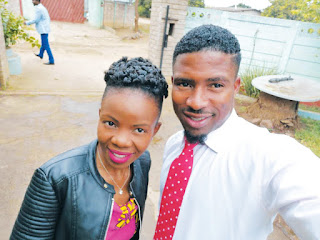 Prosperity gospel preacher, Pastor Onward Chironda has formed his own church, New Creation Embassy, parting ways with the Life in Christ Church International which brought him into the limelight in Masvingo a few years ago.
He conducted his first service with the new church on Sunday, October 07, in the presence of many followers, though the official launch is scheduled to be held at Flamboyant Hotel on October 28.
The official launch will be preceded by an all-night prayer at the same venue on October 26.
Answering questions from TellZim News later on, Chironda said he got a vision from God to start his own church, adding there was no bad blood between him and his former church.
"I made a lot of progress with the previous ministry including growing the following, acquiring stand for the church stand in Victoria Ranch, buying chairs and a public address system but I decided to follow my calling and my new God-given vision," said Chironda.
The man of the cloth also said this was the time to preach the word of God and bring many people to the serving-knowledge of Christ.
"I have no doubt that this is the time that this God has called us to preach the undiluted gospel of Jesus Christ with a mandate of bringing many to the realisation of His divine purpose for their lives through this glorious and excellent ministry.
“I believe in prosperity. People have to make progress in their lives because if God is for us, then who can really be against us?” Chironda said.
Chironda claims to have been inspired by Spirit Embassy founder and leader Uebert Angel, whom he reportedly met in South Africa at International School of Ministry which is ran by Pastor Chris Oyakhilome’s Christ Embassy church.
Share !