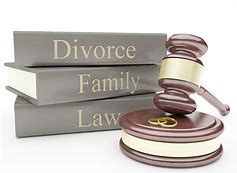 ZAKA – Dzingai Muvhu, an agriculture teacher at Tsiga Secondary School under Chief Nhema, was recently stabbed by the husband of a village woman he was allegedly dating, TellZim News has learnt.
It is alleged that Muvhu was attacked in full view of school children and other teachers in the school yard on October 22 by a villager identified as Shonga Musimhi who is husband to Muvhu’s lover. Musimhi was said to have been accompanied by his uncle Stern Gozho when he accosted Muvhu, accusing him of sleeping with his wife Dilas Matongo.
Sources said it took the courage of the school head and another villager identified as Alex Madzivire to restrain Musimhi from using the knife to further hurt a hapless Muvhu.
After the incident, Musimhi went on to attack his wife with a hoe and she was rushed to an unidentified hospital where she got admitted together with the couple’s four-weeks-old baby who was also badly injured in the attack.
It is said after being attacked, Muvhu fled from the school and sought medical treatment at Ndanga Hospital without reporting the matter to the police as he feared that embarrassment.
The incident was however later reported to the police, the village head and the chief.
Zaka District Schools Inspector Samson Chidzurira confirmed the incident but refused to give detailed information saying he was yet to get to the bottom of the matter.
“I am yet to get a more detailed report of the incident but I can confirm that I was informed that one teacher at Tsiga was stabbed and the incident involve a married village woman,” said Chidzurira
Chief Nhema, Rangarirai Bwawanda confirmed receiving the report and said they were yet to seat and hear the matter at his court.
“I received a report of a teacher at Tsiga School who snatched someone’s wife. We have already summoned him for hearing,” said Nhema.
Musimhi was said to be still on the run by the time of writing, but his uncle Gozho was reportedly caught last Saturday.
Share !