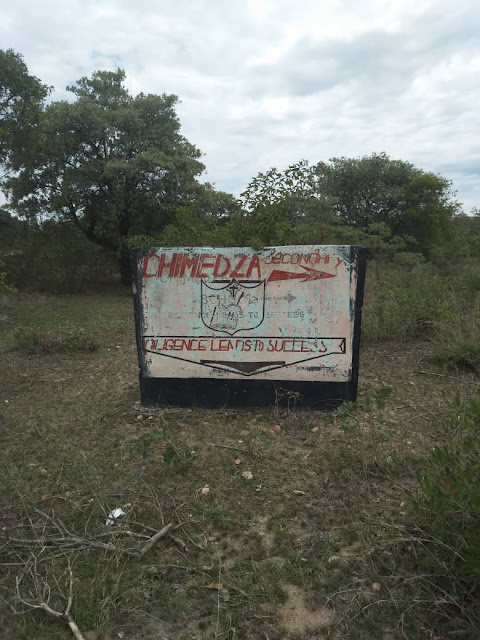 …female teacher runs naked in front of children
Clayton Shereni
GUTU - A married Fashion and Fabrics female teacher at Chimedza Secondary School in Ward 28, Gutu district, was recently caught pants down with a fellow married male teacher and she ran for dear life in the teachers’ compound while stark naked, TellZim News can report.
Loveness Magadza nee Maeka and his lover Golden Paradzai - a Geography teacher - were busted by Paradzai’s wife in the evening of December 04 after she unexpectedly came back home from Mpandawana growth point where she works.
Sources told TellZim News the illicit couple often took advantage of the absence of Paradzai’s wife to have a good time together in Paradzai’s apartment.
However, all hell eventually broke loose at around 16:00hrs on the fateful day when Paradzai's wife visited her husband unexpectedly, only to find her husband sleeping with Magadza on their matrimonial bed in the teachers’ cottage.
Paradzai's wife started assaulting Magadza who then managed to sneak out of the house and run for dear life in her birthday suit.
The embarrassing incident reportedly happened in the full glare of some pupils who had just started leaving school at the end of the day.
Chimedza Secondary School head, Joe Marembo said he was yet to formally submit a written report to the District Schools Inspector (DSI).
"Yes, I heard of the incident which allegedly happened when I was away in Mpandawana for a workshop and I will soon write a report about it. I can’t speak anything more," said Marembo.
Another source later told TellZim News the School Development Committee (SDC) had called a meeting where a decision was made to transfer the two offending teachers from the school.
“A meeting was held on Thursday (December 06
) and the SDC advised the two teachers to leave the school and find another work place starting next term. The parents said they could no longer entrust their children with them," said the source.

Parents are said to have complained that the two teachers had put the name of the school to shame and they were a bad example to school children.