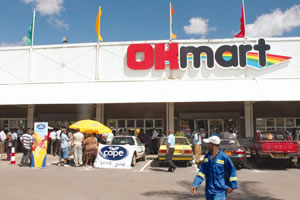 OK Zimbabwe is on Thursday, December 06, expected to open OK Mart Masvingo in an investment move which affirms the giant retail group’s faith in the city’s market.
The new shop was built over a short period relative to the amount of time that similar projects take in a depressed economic environment.
The project becomes most probably the most significant single investment in the city for the year 2018, with dozens of people having already secured jobs in the shop.
Ok Mart Masvingo is also the company’s second business in town after OK Supermarket which has been here for many years.
By the time of writing, touch ups were being done in preparation for the opening ceremony which was expected to be graced by the group’s top management including Chief Executive Officer Alex Siyavora.
OK Mart Masvingo joins a growing list of other wholesale shops like N. Richards, Gain Cash & Carry and Metro Peach that have established their names locally.