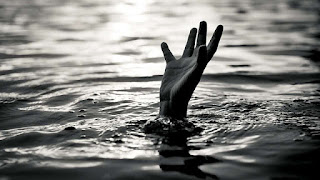 An 18-year-old pupil from a Bulawayo school last Saturday drowned in the Flamboyant Hotel swimming pool where he had gone to swim in the night in the company of two school mates.
Samuel Zingoni was part of a group of pupils from Sizane High School who were in Masvingo for an educational tour.
Masvingo provincial spokesperson, Assistant Inspector Kudakwashe Dhewa confirmed the incident and urged the public not to swim in the absence of life savers.
"I can confirm that Samuel Zingoni drowned while swimming at Flamboyant Hotel together with two other colleagues and we urge people not to swim in the absence of life savers to avoid the needless loss of life," said Dhewa.
The group checked in at the hotel but Zingoni and his friends, one 16 years of age and the other 17, decided to go swimming in the night without the knowledge of their authorities, leading to the tragic drowning accident.
It is said while enjoying themselves in the pool, the 17-year-old colleague noticed that Zingoni and the other colleague could not swim and were drowning.
The 17-year-old then successfully rescued the 16-year-old but failed to save Zingoni.
The boy then approached Lameck Masihoro, a hotel gardener and they retrieved the body from the swimming pool.
A report was then made at Rujeko Police Station before the body was taken to Masvingo Provincial Hospital where it was confirmed dead.