Cotrad in Chiredzi for governance work 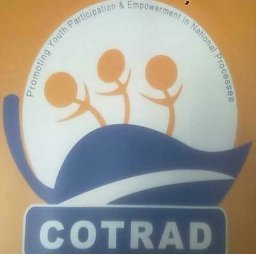 CHIREDZI - The Community Tolerance Reconciliation and Development (Cotrad) Trust has marked its first campaign for more citizen involvement in governance issues of 2019 with workshops at Chishamiso Stadium, Hippo Valley, and at Chitepo, Triangle.
Women and youths were encouraged to participate in community development by actively engaging political leaders to fulfil their election promises.
Participants shared ideas on how communities could work together to enhance non-partisan dialogue that can lead to development and accountability.
The meetings were facilitated by Zivanai Muzorodzi and Brighton Ramusi.
In Triangle, Muzorodzi said the programme was part of a bigger project to bridge the gap between political leaders and communities by creating platforms for frank discussions.
“We work to bring constructive engagement between communities and political leaders. These are platforms we want to create and maintain for the sake of dialogue. Remember, elected public officials are not the bosses but you are the bosses for you give them the authority.
“They are your representatives, for example a councillor as your representative in council and an MP as your representative in parliament. These representatives should consult their communities and understand local people’s developmental goals. Sooner or later, the Constituency Development Fund (CDF) will be disbursed and as a ward, you should have your development priorities so that your MP does not impose his/her wishes upon you,” said Muzorodzi.
On his part Ramusi said people had a constitutional right to demand accountable leadership from their elected representatives.
“These politicians are your tenants and you are the landlords. They should fulfil what they promised in the run-up to elections and they must be your servants,” said Ramusi.
He also said Cotrad was working to create action for accountability groups that will help strengthen community capacity to demand accountable leadership and further the goal of development in such areas as education and health.
Share !