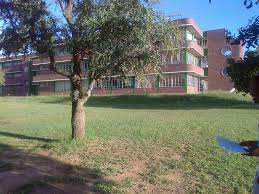 …students refuse to re-write, threaten legal action
Upenyu Chaota
Masvingo Polytechnic is reportedly embroiled in a Higher Education Examination Council (Hexco) exam cheating scandal which has seen some results of the November 13, 2018 being suspended.
Students from commerce, diesel plant fitting, technical graphics and engineering among others could not get their results. The disaffected students have now refused to re-write and they have threatened to approach the minister before taking legal action.
On November 13, 2018, students across various disciplines used the Masvingo Poly’s dining hall as the examination venue and during the course of the examination, Hexco external assessors are said to have caught some students cheating.
The cheating students are said to have written formulas on rules and the external assessors are said to have taken down the names of those students but had to let them proceed with the examination.
Under normal examination rules, if a student is caught cheating, they are immediately withdrawn from the examination and suspended from school, with all other results nullified.
Though Masvingo Poly vice principal Albert Somerai professed ignorance on the matter, various sources at the institution complained that Hexco external assessors’ own ineptitude were disadvantaging many innocent students.
A source close said the assessors should have punished the students at that instant not to suspend the results of all students.
“They tried to put the blame on our lecturers here but they are the ones who failed to do their job. They discovered an anomaly and decided to let it go. They did not even have the names of the students they said they had caught cheating. Masvingo Poly was against the idea of punishing all students for the crimes of a few.
“So the institution decided to give everyone the benefit of the doubt and offered to have them write another paper which would be marked quickly and results published,” said the source.
Hexco Masvingo board member, Mbewe admitted he knew of the matter but distanced the examination body from the scandal saying when it happened, their people were not there.
“We only got to know about the matter after it had already happened. We are yet to sit down with Masvingo Poly to map the way forward. Our people were not there as is being said,” said Mbewe.
Results for those who wrote their examination on November 13 in the dining hall came with an R which means deferred.
Higher and Tertiary Education minister Amon Murwira could not be reached for comment by the time of going to print.
TellZim News has, however, been informed that the disgruntled students have refused numerous offers to re-write the exams.
“After the publication of results, all the students who wrote their exams on November 13 in the dining hall had an R symbol on the result slip which means deferred.
“We then asked why this is so and they lied to us saying our results were still being processed. On January 15, they called some students saying there was a rewrite on January 18. We asked why a re-write and they told us that some of us cheated.
“We refused to re-write and we are going to approach the minister and take legal action against them. They should not play with our future like this,” said one student.
Another student weighed in saying it was instead, the assessors who should face disciplinary action because they failed to do their jobs properly.
“Imagine police officers getting into a club searching for drugs and find them. They leave the drugs there and go away only to come back saying we do not remember who had the drugs so we are arresting everybody. That is our situation,” said the student.