Out patients department closes as . . . 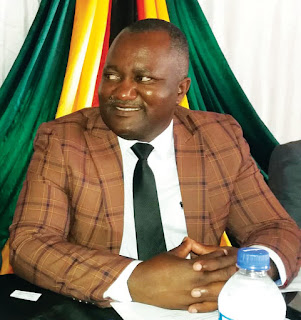 The Minister of State for Masvingo Provincial Affairs Ezra Chadzamira has pleaded with doctors to return to work, saying government was committed to sorting out their grievances.
On Tuesday, the hospital only had four doctors out of a possible 12.
Chadzamira said some of the concerns raised by doctors were genuine, urging them to engage in talks with the government while they are at work.
“Doctors play a very significant role in our lives. Theirs is a very important job which gives life to our people and without them, our people will die. While some of their concerns may be genuine, we call upon doctors to return to work as negotiations go on. Life is very sacred and we should treat it as such because there is never a second chance.
“We are grateful to those that have come back to work and we call upon those who went on strike to come back,” said Chadzamira.
The over a month-long industrial action was started by junior doctors who demanded better working conditions and payment in US dollars.
Vice President Constantino Chiwenga initially announced that the doctors had been suspended but he later made a volte face, with senior registrars alter joining the strike.
The government has made it clear that it will not pay doctors or any of its workers in the US dollar, triggering a backlash with the civil service.
Provincial Medical Director (PMD) Dr Amadeus Shamhu confirmed the hospital’s outpatients department had since been closed, saying the situation was critical.
“This job action by doctors has seen us operating with only four doctors out of the required 12. We have five doctors who went on strike in solidarity with the junior doctors.
“The other three doctors are on leave so we have a serious shortage. We hope the situation is resolved soon so that people around the province will get treated when the need arises,” said Dr Shamhu.
Share !