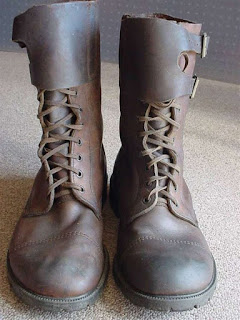 MPANDAWANA - Saul Ndonga (27) of Bhuka village under Chief Gutu, a soldier stationed with One Brigade in Bulawayo, recently appeared before magistrate Victor Mahamadi facing charges of assaulting Denford Mavhima over his beer.
He was remanded in custody to February 04 this year for trial.
Ndonga was charged with contravening with Section 89(1) (a) of the Criminal Law (Codification and Reform) Act Chapter 09:23.
State facts as presented by Kudakwashe Muza are that on January 19 this year at around 16:00hs at Mukute Inn bar, Mavhima was drinking beer when Ndonga approached him and took his beer which was on the table and started drinking it.
Mavhima then asked him why he drank his beer and Ndonga replied him that he was a soldier so he had no right to ask him. Mavhima went out of the bar, but Ndonga followed him and grabbed his neck firmly, head butted him once on the forehead and kicked him once on the left leg.
He was refrained by Tatenda Maramba from further assaulting Mavhima.
The matter was reported to the police leading to his arrest.