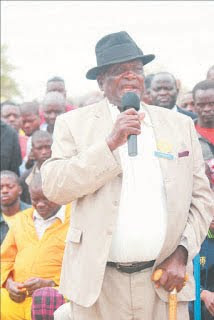 CHIREDZI - Villagers in Chiredzi are likely to be among the hardest hit victims of the unravelling El Nino-induced severe drought, with many cattle owners selling their livestock to abattoirs at giveaway prices.
Chiredzi District has received little rainfall this season and pastures are diminishing, with people and livestock relying on few boreholes for water.
In some parts of Chiredzi North, thousands of villagers are driving their cattle for more than 20km to access grazing and water.
In 2015, villagers made heavy losses as they desperately sought to sell their cattle in face of another drought, and it is proving to be a similar predicament this time around.
In an interview, Chief Tshovani told TellZim News said villagers in his area were faced with a long period of hunger.
“Both people and livestock are at risk. Some are travelling distances to access water for their livestock. It’s a very bad situation that we face,” said Chief Tshovani.
The traditional leader pleaded for government help, saying villagers should be given subsidised molasses as a way of preserving the village economy and fight further extreme impoverishment of the vast countryside.
“We have been victims for many years and we are yet to recover from our previous losses. Many businesses made a killing buying our cattle at very low prices because we were desperate to avoid losing everything,” he said.
A farmer in the Rugare area of Chiredzi North said authorities could help by drilling more boreholes so that both humans and animals will not need to travel long distances just for water to drink.
“We are now like nomadic farmers travelling from place to place for water and pastures for our,” he said.