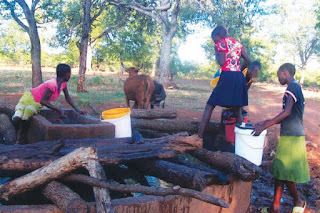 Hundreds of families that are still concentrated at the Chingwizi camp where they were hastily relocated in 2014 following the flooding of the Tugwi-Mukosi basin are now fighting a new battle.
This time, it is not about being relocated to a more spacious area where they can practice their traditional economic practices of subsistence farming and livestock rearing - for they seem to have long lost that hope  - but about a man they consider to be an invader who has made their lives all the more difficult.
The man is none other than Billy Rautenbach (pictured), the feisty businessman who has managed to exploit his far reaching connections to the ruling Zanu PF party top leadership to become some kind of an untouchable god. 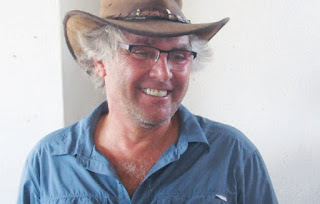 Rautenbach was recently given vast stretches of land in Mwenezi and has set-up many commercial ventures that many local people, however, consider exploitative.
Among the bitterest ‘victims’ of Rautenbach are the wretched people of Chingwizi who feel his presence in their area is squeezing them out of existence.
He has fenced off the land, and has used part of it to establish a game ranch, one of the many ventures under his Zimbabwe Bio Energy (ZBE) project.
The game ranch has eaten up much of the grazing area on which the displaced people at the overcrowded Chingwizi camp had depended for the survival of their livestock.
Their cattle now have to feed from less ground, and the long El Nino-induced dry spell which has already been described as a drought by some has seen the little pastures available diminishing under severe heat.
This has triggered even more resentment against Rautenbach whose presence in the area many people who spoke to this publication described as ‘imperial’.
“He has fenced off the land on which our cattle depended. His guards are brutal, and they do not want to see anybody anywhere close to his ranch. Many people have been beaten badly on allegations of trespassing and others have ended up in police custody. The problem is that there are many water holes in the ranch that can sustain our few cattle in this arid district. How can one person be allowed to monopolise such a scarce resource like water in an area with so many people,” said one middle-aged man.
ZBE has been in the local press mostly for the wrong reasons; from exploitative labour practices to brutality meted out against people in surrounding communities.
Recently, ZBE guards left a local man for dead after he had moved to rescue his minor son whom they had held for ‘trespassing’ when his cattle strayed into the ranch.
In response to the growing tension between ZBE and local communities - Chingwizi camp in particular - the Minister of State for Masvingo Provincial Affairs, Ezra Chadzamira visited the camp on January 22 on a ‘familiarisation’ mission.
Many people at the camp, however, dismissed Chadzamira’s attitude to their gloomy conditions as nothing but mere political posturing which they have seen many times before.
“We have become their pawns. Remember Chadzamira is only the fifth provincial minister to visit us with promises that were never fulfilled. They are good with words when it suits them, and they would occasionally remember you to appear sincere,” said one female resident of the camp.
Recently, this publication reported on the people of Chingwizi complaining that their living conditions were worse than anything experienced even during colonial rule.
The floods occurred in February 2014 during the tenure of Kudakwashe Bhasikiti, who scored his own political points out of the disaster before he was booted out when the ‘Gamatox’ purges began in Zanu PF later that year.
Bhasikiti was later replaced by Shuvai Mahofa who also made many promises including expediting the flood victims’ compensation, but most, if not all of those promises came to nothing.
Mahofa died in August 2017 and was replaced by Dr Paul Chimedza, who made some indications that he was going to attend to the plight of the people of Chingwizi, but his term in office was abruptly cut short by the coup of November 2017 before he could do anything much.
Having been identified with the ‘G40’ faction which the coup targeted, Chimedza was sidelined from political office and his job was given to Josaya Hungwe, a lethargic member of the Zanu PF old guard who is brother to the late Mahofa.
Being an expert of empty talk, Hungwe made all the right promises to the people of Chingwizi but achieved nothing until he was replaced by Chadzamira in a new cabinet set-up announced by President Emmerson Mnangagwa post July 30, 2018 harmonised elections.
This publication contacted Mwenezi East Member of Parliament Joosbi Omar, who, in the run up to the elections, campaigned partly on the promise that he will work to make sure that the people of Chingwizi are relocated to a more ‘humane’ settlement and that the over US$6 million government owes them in compensation will be paid out.
“We recently had a meeting with (Mwenezi District Administrator) the DA (Rosemary Chingwe), the Provincial Affairs minister (Chadzamira) and Billy’s representatives and we agreed that they should remove their fence and the boom gate until further notice. We also told them to connect water to the clinic and they agreed but I will soon go there to find out if they have done that,” said Omar.
With promises and more promises from authorities piling up, it remains struggle as usual for the shattered people of the overcrowded Chingwizi camp.
Share !