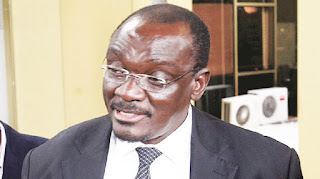 Many people view Vice President Constantino Chiwenga as next in line to succeed President Emmerson Mnangagwa the other vice president, Kembo Mohadi has shown keen interest for the top job, saying his history was as illustrious as his boss’.
Mohadi said he believed fate was on his side, claiming the road travelled by President Mnangagwa and the obstacles he faced were similar to his own experience.
Asked to introduce President Mnangagwa before thousands of Zanu PF supporters in Mwenezi last Saturday, Mohadi gave a tale of the road travelled by his boss saying there were many parallels to be drawn between their two stories.
“I also travelled the same road as that of President Mnangagwa. I was arrested and stayed in prison till 1980. I came from prison and joined politics full time just like President Mnangagwa.
“The irony of the whole story is that President Mnangagwa became Minister of State Security, I also became Minister of State Security.
“He became Minister of Defence and I also became Minister of Defence. He became Vice President and I also became Vice President so munongoona kuti gwara racho ndiro rimwe. But I am not going to push him out of it, achandisiira,” said Mohadi.
Mohadi said President Mnangagwa told him there were some rigours he still needed to go through for him to qualify to be President among them surviving interface rallies, taking poison and border jumping.
“President Mnangagwa says I do not qualify to be President because I have never been poisoned or subjected to nine interface rallies or become a border jumper. I don’t know how I can be a border jumper but I would love to be poisoned and go through interface rallies,” said Mohadi.
Mohadi said while many people fear Mnangagwa, he is not afraid of him and he saw him as a brother and mentor.
Mohadi’s declaration of interest could put him on a collision course with Chiwenga who is believed to harbour his own presidential ambition.
Chiwenga led a military coup which ousted long-time ruler Robert Mugabe in November 2017 but handed over the levers of power to President Mnangagwa reportedly after striking a deal that would see him being the successor.
There are, however, now claims of power struggles between Chiwenga and Mnangagwa with reports saying the retired general now wants the latter to run for one term and leave him in charge.
Zanu PF has denied any friction between the two and has since went on to endorse President Mnangagwa for the 2023 harmonised elections.