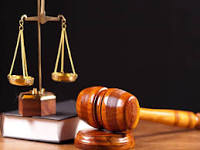 Shurugwi - Police in Shurugwi are looking for a machete gang of four men who are suspected of murdering Time Terrence Mhere (address and age not given).
Midlands provincial police community relations officer, Inspector Joel Goko appealed to members of the public who might have information leading to the whereabouts of the suspects to report to the nearest police station
According to circumstances given, the incident occurred on the night of August 23, 2018 at a mine claim in Shurugwi.
It is alleged that the four suspects Darlington Mangoma of Hlamba village, Lloyd Jinja of Dondo village, Prosper Zindori of Madongorere village and Breadwinner Mudzingwa of Mudongorere village all under Chief Masunda, assaulted the now deceased with machetes and axes before stabbing him with a knife.
It is believed a misunderstanding arose between the trio and the now deceased on an issue concerning a hammer.
The deceased’s body was found the following day lying in a pool of blood by one artisanal miner (name withheld) who later reported the matter to the local police.
Share !