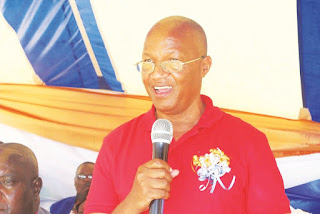 City of Masvingo has shelved a resolution to purchase condition of service Apple iPhone 7 and Samsung Galaxy S9 smartphones for heads of departments and their deputies respectively.
There was a public outcry after it emerged that the city council was willing to spend over $30 000 of rate payers’ money on the expensive smartphone range at a time when service delivery is poor.
Town Clerk Adolf Gusha said the decision to purchase the smartphones was made at committee level but was then presented before a full council meeting where it was shot down.
“The decision to buy smartphones for the heads of departments and their deputies was made by the finance committee and presented before full council meeting where it was shot down.
“In the full council meeting, it was agreed that the council does not have money to spend buying phones when the money could be channelled towards service delivery,” said Gusha.
The council bosses’ demands were viewed by many as frivolous and self-centred.
Masvingo United Residents and Ratepayers Alliance (Murra) spokesperson Godfrey Mtimba said the shooting down of the proposal to purchase smartphones was most