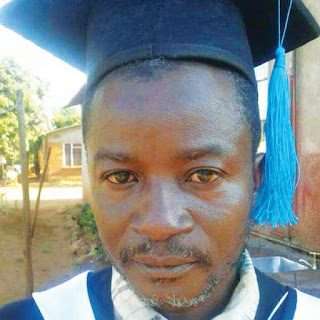 MUTARE - A 48-year-old Marange man was trampled to death by an elephant which is suspected to have strayed from Save Conservancy as cases of human-wildlife conflicts continue to rise in Manicaland.
Manicaland police spokesperson Inspector Tavhiringwa Kakohwa confirmed the incident which occurred last Sunday morning under Chief Marange in Masvaure village.
The deceased has been identified as James Musiwacho, a secondary teacher at St Andrew’s Mweyamutsvene High school.
“Musiwacho was part of a group of villagers that had gone out to see and take pictures of a herd of six elephants that had been spotted by village head Nowell Masvaure,” said Kakohwa.
Musiwacho met his fate when one of the elephants charged towards them and he failed to escape, resulting in his tragic death.
Zimparks spokesperson Tinashe Farawo extended his condolences to the deceased’s family and community, saying it was sad that another life had been lost in such a manner.
Farawo said the growing elephant population in the Save Conservancy was to blame for the increasing cases of human-wildlife conflict.
He said the elephant population in the area had exceeded the carrying capacity, and urged members of the public not to drive away big wild animals without professional guidance.
“There has been a ballooning elephant population in our reserves exceeding the holding capacities resulting in some of the animals straying into communal areas.
“We thereby urge members of the public to desist from attempts to drive away wildlife without professional guidance. Members of the public should immediately alert authorities once wildlife is spotted in communal areas,” Farawo said.
He also warned villagers not to drive their livestock into game reserves for grazing to avoid the spread of animal diseases as well as attracting wildlife to their herds.