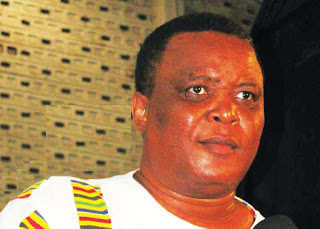 Family of God Church founder, Reverend Andrew Wutawunashe on Saturday launched a compensatory fund as a cushion for people who lost property and goods during the national shutdown of January 14-16.
The national stay away action, was in many towns accompanied by violence and looting, leaving many business people counting loses.
Wutawunashe spoke during the Faith for the Nation Campaign (Fana) breakfast prayer meeting at Flamboyant Hotel where he announced the launch of the initiative.
“Today we are launching a 2019 January shutdown victims compensation fund and as Fana, we are pledging $10 000 towards the compensation of these victims of violence and looting. We will work towards engaging the National Peace and Reconciliation Commission (NPRC) which will oversee the fund,” said Wutawunashe.
He called upon President Emmerson Mnangagwa and MDC Alliance leader, Nelson Chamisa to reach out to each other and unite for the best interests of Zimbabweans.
“We call upon all our political leaders, and in particular our President Emmerson Mnangagwa and MDC Alliance leader Nelson Chamisa to have the wisdom and courage to start sacrificial dialogue for the sake of our people and find one another again through a mutually respectful rapprochement and dialogue in the same way they found each other in Operation Restore Legacy,” said Wutawunashe.
He also commented the people of Masvingo for not engaging in the kind of violence as that seen in Harare and Bulawayo on the days of the stay away.
“As spiritual shepherds of the people, we commend the people of Masvingo as well as other centres who stood for peace, law and order, and those in political, civic and other leadership over them for taking a principled stand for peace,” he said.
Share !