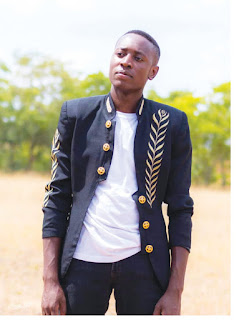 Upcoming Chitungwiza-based Hip-Hop artist Brilliant ‘Blitz Unique’ Zaranyika is looking forward to a successful career through the production of music that appeals to people of all age groups.
The 27-year-old rap crooner got onto the musical scene in 2009 with the release ‘10 over 10' which he said was inspired by the group London Beat.
Blitz Unique, whose music is receiving considerable airplay on radio stations, describes himself as an Afrobeat artist with strong hip hop roots.
He recently collaborated with Vabati VaJehovah to produce a track called Tiri huruva which was launched on Woza Friday and is also on Facebook and YouTube with over 45 000.
''I have recorded at Military Touch and V.O.T but now I have my own studio called Heskan Music in which I help other young stars to realise their dreams.
''Tiri huruva reminds us of our fragility as humans. We are sojourners who are on our way home,” said Blitz Unique.
A number of Masvingo-based young musicians including Charity Magagada who sings gospel, Leeroy Maedzwa who does dance hall and Courage Mungozvi who sings hip hop have all said they were inspired by the song and are eager to collaborate with Blitz Unique.
“Those young stars who find inspiration in my work give me strength to do better. I encourage everyone to work hard for success. In our various capacities, we are all capable of reaching the very top,” said Blitz Unique.
The singer is known as Zollywood Unique on Facebook and Blitz Unique on Instagram.