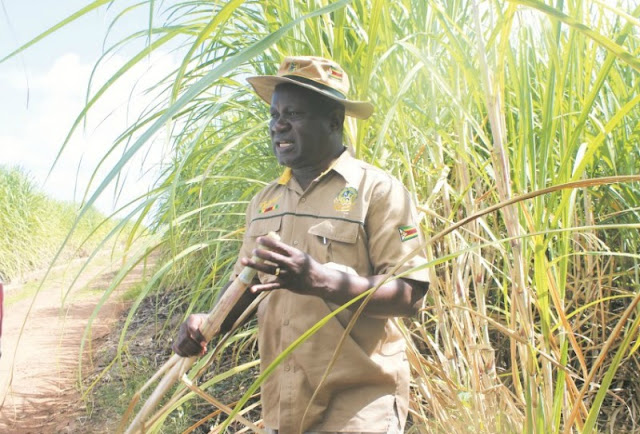 CHIREDZI – A conflict is brewing in the Zimbabwe Sugarcane Development Association (ZSDA), one of the biggest indigenous sugarcane farmers’ unions in the Lowveld, with elections that were supposed to be held on March 01 being stopped by a court interdict.
ZSDA is currently chaired by Edmore Veterai who would have been challenged by Elisha Tamirepi had the elective Annual General Meeting (AGM) proceeded as planned.
Tamirepi’s camp accuses Veterai of personalising the organisation and of financial improbity, claiming that the association funds are being abused.
Represented by lawyers from Muzenda and Chitsama Attorneys, Tamirepi’s camp obtained a court stopping the AGM on grounds that the current executive had set unfair conditions that would have disqualified Tamirepi and his followers from contesting.
The rivals also complained that the current executive had sought to introduce lavish retirement packages that would suffocate the farmer.
Bernadette Tamba, who wants to contest for the vice chairpersonship on the side of Tamirepi’s camp, said they sought a court order as the election guidelines did not provide for a level playing field.
“We oppose  section 5.1 of the election guidelines which states that the chairperson must be from Hippo East, vice chairperson from Mkwasine Central, secretary from Hippo West and vice secretary from Chipimbi and treasurer from Mapanza.
“Two other posts are reserved for the council of elders, the president and vice president but we feel that will interfere with the everyday business of the executive and that it is a way of excluding certain members,” said Tamba.
She said it was unacceptable that new guidelines stipulated that all retiring executives shall be entitled to an exit package equalling ten months of their allowances.
When contacted for comment, Veterai denied all allegations of wrongdoing, saying the association could not be personalised. He said he did not wish to comment on matters that had since involved the court of law.
“The association cannot be personalised. It’s just branded. We called for elections and some elements stopped them to get more time to tarnish me and decampaign my executive. You cannot have your cake and eat it at the same time.
“Is that not a very big contradiction when one says, ‘go you have overstayed’ but then put a court order to say, ‘don’t do elections’? I can’t comment further on a case before the courts,” said Veterrai.
ZSDA bank accounts have since been frozen as the other camp, which suspects Veterai of abusing the association’s money, calls for an audit.
Share !