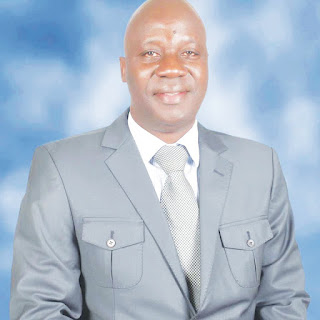 …says it's not time for rallies but congress

MASVINGO - Trouble is brewing in paradise as MDC Alliance provincial chairperson James Gumbi is alleged to have sensationally claimed that he would bar party president Nelson Chamisa from holding a ‘Thank You Rally’ in the province until after congress.
Gumbi is said to have told a provincial assembly meeting at the party’s provincial headquarters on Wednesday that he was given the date for the rally but he will weigh the merits of holding the rally before the party’s congress.
"Why should the party give me a date for a thank you rally when the congress is upon us? I will personally weigh the advantages and disadvantages of having the rally.
“It’s only me who has the right to decide if we will have that rally or not. We want to campaign for congress not waste resources on a thank you rally," Gumbi is alleged to have said.
TellZim News tried to get clarification from Gumbi over his statements but his mobile went unanswered but national executive member, Takanayi Mureyi, who is said to have calmed the storm as other party members contested Gumbi said it was just a proposal by the chairman.
“The chairman did not say he does not want the congress but he was just suggesting on the merits and demerits of having the rally before the congress.
“There was really nothing sinister about it but you know the chairman talks firm so many people could have misquoted him. You know holding a rally is expensive and the party does not have the money so chairman was saying let us put the little money we have towards congress.
“It was just a suggestion because right now people will be campaigning and no one will have time for the rally,” said Mureyi.
Gumbi’s utterances drew fire from the likes of Henry Damba from Chivi, James Mushonga from Zaka and Sure Makuni from Chiredzi among others.
Damba told TellZim News that Gumbi has somehow lost it because he cannot prioritise the congress over a thank you rally by the president.
“People want to see the president and for Gumbi to say that he will not approve the congress date will be unfortunate. The decision does not solely rest with Gumbi. It’s for the province to decide and Gumbi is not the province,” said Damba.
Makuni also weighed in saying they challenged Gumbi because he dictated to them instead of consulting.
“I told Gumbi that we are at a meeting and not a rally so we should not be dictated to. We want to follow procedure and not run the province like a personal thing. Many people were against Gumbi’s utterances,” said Makuni.
Chamisa has always faced rebellion from Gumbi who often speaks with his foot in the mouth.
The Gumbi led executive defied Chamisa in the last harmonized elections when they refused to compromise for other alliance partners costing the party dearly winning only 1 parliamentary seat in the province.
Gumbi stands accused of masterminding the chaos at the city council when the councilors defied the party position on the mayoral candidate.
Chamisa had opted for Godfrey Kurauone as the mayor but the move was turned down as Gumbi’s favorite Collen Maboke exercised a palace coup.
Chamisa has ordered the Masvingo mayor to step down but Gumbi refuses saying Maboke was voted for fair and square.
MDC Alliance national spokesperson Jacob Mafume said provinces are consulted before any rally is conducted but could not believe Gumbi would block the rally.
“Maybe it can be congress politics at play but I doubt Gumbi would say that,” said Mafume.