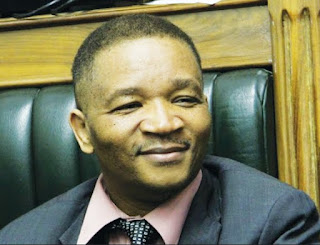 MASVINGO - Minister of Transport and Infrastructural Development Joel Biggie Matiza (pictured) has said the government is in the process of reviving the railway industry so as to decongest the roads as a functioning railway network will see goods and other heavy loads being transported by rail.
Matiza said abnormal loads are not meant to be transported by road but because the country does not have a functioning railway system, all goods end up on the roads causing huge damages to the infrastructure.
Addressing government officials, local authorities and engineers in Masvingo during a tour of roads in the province last week (Friday), Matiza said an unreliable rail transport system has led to a disproportionate flow of traffic on local roads.
“As far as rail is concerned, there are lots of opportunities. We have so many suitors coming in with so many programmes. Certain loads should not move on our roads because it’s detrimental, it damages the road, so we need the rail to take over.
“We are seized with these issues of upgrading our rail system because it is a key fundamental in developmental processes. By reviving the railway network, we would have removed huge loads from our roads and they will be preserved,” said Matiza.
Matiza said while the government is seized with reviving the railway network, motorists should exercise restraint on the roads to avoid loss of life.
Minister of State for Masvingo Provincial Affairs Ezra Chadzamira said the various road projects in province shows how committed the new dispensation is to the development of rural areas and communities.
“The new dispensation is committed to developing the rural areas and communities through creating a vibrant road network. Most of our rural areas have poor road infrastructure and we will thrive to make a good road network which will enable free movement for our people,” said Chadzamira.
Share !