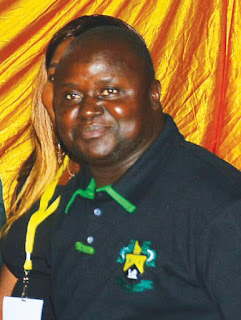 RUSAPE – The drawn-out tussle between Rusape Town Council and businessman Norman Sachikonye for ownership of the Ridgemond Park housing project took another turn recently when town chairperson Laiton Sithole addressed home builders and ordered them to stop their developments.
Sithole managed to gather people using a letter dated March 08, 2019, by which Rusape Town Council purportedly called all stand owners to a meeting with heads of different departments in Makoni district.
The meeting was to advise people to stop their developments in Ridgemond Park ostensibly because the Minister of Local Government, Public Works and National Housing, July Moyo had given a directive to than effect.
The meeting was then addressed by council chairperson Sithole who said nothing much but to simply ask people to stop developments.
One of the land developers in the area who spoke on condition of anonymity, however, said he was shocked to later learn that Moyo’s alleged directive was false.
“I received a letter which read, ‘Following a meeting held at Mugodo Lodge with the Principal Director in the Ministry of Local Government, Ms Erica Jones, Rusape Town Council hereby advises you to suspend all construction works in Ridgemond with effect from Feb 28, 2019’”, said the developer.
Sachikonye, through his legal advisors from Mkushi and Maupa Legal Practitioners said the letters that council had been writing concerning the matter were dubious, carrying conflicting dates and stamped differently, and could lead to serious legal consequences for council.
At the meeting of February 28, Moyo, in his report, is actually said to have made it clear that the land belonged to Sachikonye’s Diagonal Investments which is locked in an ownership tussle with council.
Town secretary, Solomon Gabaza is said to have then asked for the report to be put aside pending release of another report by the commission of enquiry into the sale of urban and peri-urban land since 2005. The commission of enquiry was put together by President Emmerson Mnangagwa last year and is expected to table its finding later this year.
Other councillors told TellZim News they never sat and agreed as a full council to stop developments in Ridgemond Park.
Beneficiaries of the housing project also said they were no longer at ease due to conflicting communications by the antagonists.
“We are no longer at peace because we don’t know how this battle between Sachikonye and council will end. Sachikonye himself must come and reassure us that we will not lose our investments,” said one man who is building a house in Ridgemond Park.
Share !