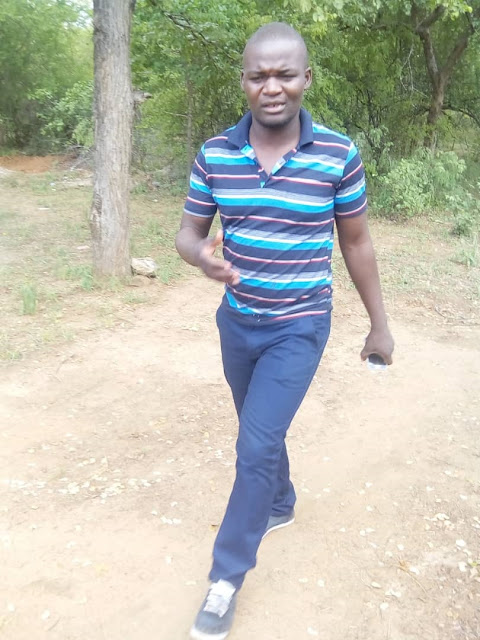 MWENEZI - Jerifanos Muganyi (48) and his wife Mercy Muganyi (41) of House Number 216 Rutenga, were on Wednesday, March 20 arraigned before Mwenezi Magistrates’ Court facing a charge of hiring a Beitbridge-based gang to kidnap a police officer and another man whom they accused of stealing their cattle.
The kidnapped officer, Charles Masawi is based at Mwenezi police station but is currently a prosecutor attaché at the court.
The couple and the gang of four men; Munashe Chisvino (23), Tichaona Chimoto (22), Treason Chimoto (28) and Prosper Chitavati (28) were not formally charged when they made their initial appearance.
Magistrate Honest Musiiwa remanded all of them in custody and their case was referred to Masvingo Magistrates’ Court where it will be heard on April 4.
It is the State case that on March 18, 2019 the couple hired the four and went to the South African town of Louis Trichardt where they abducted Talent Moyo who had fled there last year after allegedly stealing the cattle.
The accused smuggled Moyo through the Beitbridge border after severely assaulting him.
Upon reaching Rutenga the following day at around 05:00hrs, the six left Moyo at Muganyi’s homestead and went to Masawi’s place of residence where they requested him to come out.
They accused Masawi of facilitating Moyo’s escape from lawful custody sometime in 2018 before bundling him into their vehicle after tying his hands and legs with a rope and taking him to Muganyi’s homestead.
Masawi’s landlord, Nhamo Nyamana alerted the police about the incident after he became suspicious with the way the complainant was taken.
A team of detectives found the tied-up Masawi still inside the vehicle at Muganyi’s vehicle, leading to the arrest of the suspects.
Nancy Makuvise is representing the State.